Tribune columnist should educate himself on Gender Incongruent People 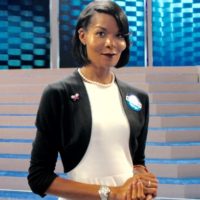 The recent op-ed that was featured in the Tribune on April 30, 2019 by columnist, John N. Mitchell: Trans hands off Zeta Phi Beta, Morehouse, is highly problematic for several reasons that shall be outlined in this letter of concern. This letter is in regard to your coverage of Black women of transgender experience. As a Black woman of transgender experience — who has an undergraduate college degree and is currently in an advanced degree program — I know and understand the role sororities play in the college experience. I’m aware of the controversy surrounding transwomen being denied the ability to join Zeta Phi Beta, as per a new policy decision.

The first problem with John’s coverage of this topic, is that he is a cisgender man, who has no understanding of trans women. “Today, self-assigning one’s sex and having the latitude to reject what is on one’s birth certificate is the new normal. If an opponent so much as questions policies protecting the right to overrule one’s biology, liberals will parade the opposition before weaponized media such as CNN and CBS- each with their own troubling history of discrimination- and label the disagreeable bigots.” Well, I personally believe that such a statement could only be made by misinformation and unsubstantiated conclusions. Let me use this opportunity to enlighten.

Transgender women are born women with a medical diagnosis that is called gender dysphoria, which results in gender incongruence, which is a medical condition. It has been medically proven that this is a neurobiological condition. Thus, trans women are born women with a medical condition and with access to healthcare, trans women are able to seek care for our medically necessary treatment. So, any argument that suggests trans women are not biological women is false, more research should have been done instead of spreading misleading information. The discrimination faced by trans women is very real and minimizing this fact is further endangering the lives of transgender people. As a Black man, how do you feel when white people minimize the discrimination you face?

The second problem is the false equivalence of sex and race. “Imagine the potential benefits to be reaped- like saving thousands of dollars on student loans that some in society don’t require- by simply being able to declare oneself a transracial Caucasian after dropping out of school.” One does not change sexes, transgender people are affirming their sex and gender identity through the recognition and acknowledgement of medical treatment, non-discrimination legislation and sexual health education, from a birth condition. There is a very lengthy and expensive process for treatment for gender dysphoria and gender incongruence, so no, transgender people do not simply “declare” their gender and live happily ever after. This also applies to race, the idea that one can “declare” themselves a different race is quite a reach. Since you are a Black man, let me know how “declaring” yourself a “transracial Caucasian works out for you.

The third problem with how unfortunate this situation had to play out in The Philadelphia Tribune, a leading national Black publication. The consequences, whether unintentional or not, caused a harmful story to be published that furthers the exclusion of Black lives by its writer. Black Transgender Lives Matter. This is a huge problem in the Black community.

The cisgender (non-transgender) heterosexual Black community, has a history of its own internalized discrimination of Black LGBTQ people. We, members of the Black LGBTQ AC, are Black too and at a time when the national political climate has the rise of white nationalism, open racist attacks on Black churches, the constant unreported violence against Black women and the policing of Black hair as a cultural expression, we, the entire Black community should be working and strategizing together and utilizing the black-owned media to uplift and elevate not separate and discriminate.

Just like, “Black people can’t abandon (not that most of us want to) the scarlet letter of color just because it is not being us the access to the things we’d like to have in life,” transgender people can’t abandon the scarlet letter of our neurobiological condition of gender dysphoria and gender incongruence. To live as a Black trans women in this society means, I have a high rate of being murdered before I become 35-years-old, I live below the poverty line, access to competent medical care is unaffordable and difficult to obtain. To live as a Black trans women is to be constantly denied the things I’d like to have in life. If you think that being transgender affords a person a wonderful life full of benefits and privileges, you are completely and utterly under-qualified due to your lack of knowledge to even speak on transgender people. Educate yourself John.