It’s been said the eye is the window to the soul, which may explain why the symbolic meaning of eyes tends to be of a spiritual nature. 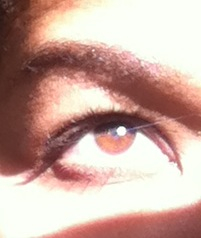 In Christianity the Eye of God is depicted hovering over a tent which is symbolic of the Tabernacle – the temple of the faithful. The eye here represents the omni-present spirit of God peering into the soul of the faithful – ever watchful over those who serve.

In Egypt we see the Eye of Horus (a.k.a. the eye of Ra, and also referred to as a wedjat or a udjat). In this context the eye is a symbol of protection and life. During his battle with Set, Horus’ eye was ripped out and torn to pieces. Thoth, however, was able to save the eye and restored it by invoking the magic of the falcon.
It’s interesting that in Egypt and Western occult traditions the left eye is considered a lunar trait and a symbol of northern direction. The right eye is a solar symbol and represents southern direction.
The “third eye” is referred to as the spiritual eye, the intuitive eye, or the eye of the soul. It is associated with the brow chakra (or Ajna chakra) which facilitates intuition and extra sensory perception. The third eye is depicted on the forehead of Shiva, and is symbolic of the inner eye that sees all things within a cosmic perspective.
In Dreaming the meaning of eyes indicates an opening into a new dimension. This is symbolic of yourvision clearing and focusing in on a new direction. It may also indicate your ability to see past what is common and spiritually arrive to the point where your inner vision perceives all things in their divine glory – even the simplest of things become imbued with an exquisite quality inherent in all nature.
The symbolic meaning of eyes also carry a message of prophesy – literally seeing “a vision of the future.” This translates well with ancient alchemists and astrologers speaking of eyes of the sky foretelling certain events as they chart the stars in certain patterns to ascertain various outcomes.
A quick list of attributes on the symbolic meaning of eyes:
Many ancient esoteric as well as earth-based philosophies consider the eye as a channel or a passageway into a new dimension. Here the eye is not a physical symbol but rather a ethereal one in which consciousness may enter into a gateway of infinite expanse. This journey is traversed through the pitch-black channel of being-ness (represented by the black of the pupil). Once the threshold is crossed, one is said to obtain higher knowledge – a glimpse of heightened epiphany – comparable to enlightenment.
These perspectives combined with the actual shape of an eye reminds me of the numerical symbolism of zero.
Ultimately the symbolic meaning of the eye is what you make of it. Contemplate its meaning in relation to your own perspective and life situation. If eyes keep reoccurring to you (visions, dreams, random images throughout the day) it is certainly a message – it’s your responsibility now to interpret that message as it relates to your personal experience.
Meditate upon this phenomenon. Spend time with it. Answers will come when you are patient and still enough to receive them.
By Avia Venefica Whats-Your_sign.com ALL RIGHTS RESERVED 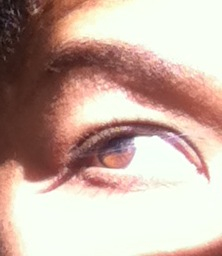 The hidden meaning behind the color of the eyes

The eyes indicate the antiquity of the soul.” – Ralph Waldo Emerson.As each of us is different, so is the color of our eyes. An eye color depends on the amount and type of pigments in the eye’s iris. It is an inherited trait influenced by more than one gene. Eye colors can vary from the least common, green, to the most common color, brown. Unusual eye colors: red, black, or the appearance of violet is from rare genetic mutations. Others say that the color of the
eyes could give you a hint of that person’s personality as some had associated it with meanings. Let’s now get to know what each color represent.

Those with blue eyes may indicate a person that is forceful and direct; has an enormous energy, and a gift for insight and observation.

Those with green eyes can indicate a compassionate person that’s full of energy, and has enormous creativity as well as the gift of healing.

Those with gray eyes may indicate a sensitive and restrained person who is attuned to the unseen and whose ability puts them several steps ahead of the crowd.

Those with brown eyes may indicate a strong and independent person.

Hazel is a combination of the compassion and healing qualities of green, the fluidity and sensitivity of gray, the inner strength and independence of brown, and the intense vitality of blue.  Hazel eyes
indicate a person who can represent all of these qualities.

Black Eyes
Those with black eyes may indicate a clever, sensual, and secretive person. 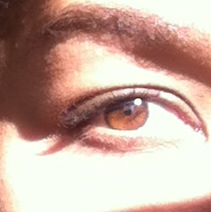 Those with violet eyes can indicate a noble and refined person who is both a natural leader and seeker of spiritual truth.

Science of course has a different explanation about the eyes. It may vary in color and strength, but it has always been our best asset for it is the gemstone of the body, and the window of our emotions.

Source of the Article can be found here: http://socyberty.com/folklore/the-hidden-meaning-behind-the-color-o… 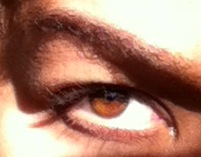