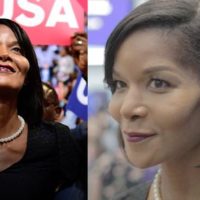 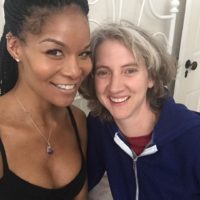 Posted in:
Tags: anyone, cooks, corner, easier, haynes, in, kingdom, lives, love, making, my, of, our, sharon, sharron, studio, the, united, voltaire, world, would, you
/ 0 Comments

Reminder Day 2015 – VIDEO BEHIND THE SCENES at PhillyCam 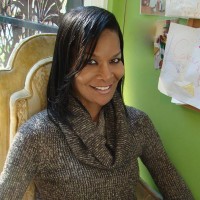 By:Suzi Nash http://www.epgn.com/arts-culture/portraits/8376-overcoming-obstacles-through-community-service “An individual has not started living until he can rise above the narrow confines of his individualistic concerns to the broader concerns of all humanity.” — Martin Luther King, Jr. This week’s Portrait certainly exemplifies those words of the late great Dr. Martin Luther King, Jr. Among her many community ventures, SharRon Cooks is the co-chair of Team Bayard, heading up the MLK Day of Service programs at William Way LGBT Community Center and around the city. PGN: Where are you originally from? SC: I was born in Camden and grew up in Pennsauken, N.J. We moved

Thank YOU to Steve McCarter for State Representative of the 154th District and Sarah Spohn from Equality Pennsylvania for accepting the invitation to speak at Arcadia University in The Castle Dining Room on Thursday, Oct. 30th at 2pm on PA Legislation  I am immensely honored and appreciative THANK YOU for answering My Call  ‪#‎ACivilityCampaign‬ Much Appreciation and THANKS to Arcadia University’s Office of Institutional Diversity for sponsoring this event and to the Office of Engagement & New Student Programs Your Support is Appreciated! THANK YOU!! ! Thank You Steve McCarter for State Representative for taking the time to attend and Speak about PA LGBT Legislation, Civility and PA Hate Crime

http://www.myfoxphilly.com/story/26630383/rally-held-to-support-restoring-lgbt-protections-in-pa-hate-crime-law#.VCSqWofcswo.facebook                       My Press Conference Speech: ‪#‎LoveOverHate‬ By: Sharron Cooks Making Our Lives Easier LLC Good Afternoon Everyone and Thank You for joining Us.. It is with the support of Philadelphia’s LGBTQ community , law enforcement, legislators and the public ,,, that the victimizers of this horrendous crime were identified and caught…. It is this same community support that is needed for All members of the LGBTQ community that are victims of violence,…. All cases of violence in our community need and deserve , Equal Attention..Whether an individual has been a

Tyler Curry Become a fan  Freelance columnist and fiction writer; creator, The Needle Prick Project Posted: 02/17/2014 7:44 pm EST Updated: 02/17/2014 7:59 pm EST In the fight for civil rights, the battles have typically been fought between two parties. Whether it was blacks vs. whites, men vs. women or Meryl Streep vs. actresses everywhere, there never has been a need to identify a third party. And in the tradition of the haves versus the have-nots, the ruling party gets to choose how their opponents are defined. In the battle for same-sex rights, who was a part of our demographic was decided for us