Making Our Lives Easier LLC: Are You a Risk Taker? 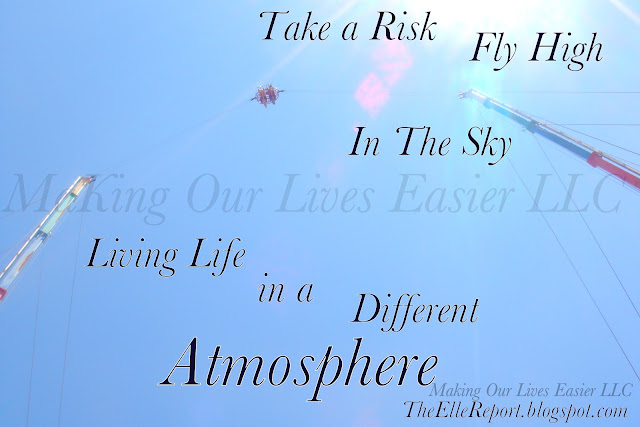 Are You a Risk Taker?

What causes people to take risks? It’s not just a behavior. It’s a personality.
By Marvin Zuckerman, published on November 01, 2000 – last reviewed on July 17, 2012
Do you drink and drive, gamble, or sleep with strangers? It’s not just a behavior. It’s a personality.
Rita lives for excitement. She dies of boredom when life becomes too predictable. She has a wide circle of friends but no tolerance for dullards. She likes meeting exciting new people, even if she knows that they are unreliable. She smokes tobacco and marijuana and drinks hard—and parties heavily on weekends with cocaine and Ecstasy, or any new drug that appears on the scene. She thinks nothing of going to bed with someone she just met, without obtaining character references or condoms. She has a Porsche that she drives…fast. She also likes to gamble at the casino—often losing more than she can afford.

Search for a mental health professional near you.

Rita’s behavior encompasses many kinds of risk. In the long term, the most dangerous of her activities are smoking and drinking. There are nearly 80 times as many deaths per year from tobacco and alcohol as from cocaine and heroin. But Rita thinks only of today’s gratifications, not their associated dangers.

Rita is a fictional character, but she represents a kind of general risk-taker, one whose behavior encompasses many different activities. Such broad-spectrum risk-takers not only exist, I have discovered, but have a distinctive personality makeup that is the product of both genes and experience. It is important to identify such people because they create significant public health problems, for others as well as themselves. But for all the danger they put themselves in, they personify—perhaps magnify is more precise—a human trait that is very much responsible for our survival as a species.
Over the decades I have studied a personality trait called sensation-seeking—the pursuit of novel, intense and complex sensations and experiences, and the willingness to take risks for the sake of such experience.
Risk-taking is not the main point of sensation-seeking behavior; it is merely the price such people pay for certain kinds of activities that satisfy their need for novelty, change and excitement. In fact, many of the things that high sensation-seekers do are not at all risky. They enjoy high-intensity rock music, view sex and horror films, travel to exotic places, and party without drugs.
Sensation-seeking can also extend to the physical, involving unusual or extreme sports such as skydiving, hang gliding, scuba diving, auto racing, rock climbing and whitewater kayaking. An interest in participating in such sports describes one subcategory of sensation-seeking: thrill- and adventure-seeking.
There are other kinds of sensation-seeking that are expressed not through physical action but through the casting off of inhibitions in a social setting (disinhibition), through deviant lifestyles (experience-seeking), and through the pursuit of change for change’s sake (boredom susceptibility). This variety of sensation-seeking has been related to such risky activities as smoking, drinking, drugs, unsafe sex, reckless driving and gambling.
Some psychologists have suggested that risk-taking is linked toneuroticism, a personality trait. They see it as an expression of neurotic conflict, a form of acting out or counter-phobic behavior. Our previous research on physical risk-taking refutes such an explanation; it suggests that risk-takers do not expressly exhibit traits of neuroticism or anxiety.
It has also been suggested that high-risk behaviors like reckless driving, an antisocial activity if ever there was one, are a vehicle for expressing aggressiveness and hostility. Or perhaps risk-taking might be just an expression of a generalized need for activity itself, as is the case with hyperactive individuals, who provide their own stimulation through activity to overcome boredom.
Yet many risky activities, such as drinking and drug use, are done in a social setting. So it is possible that these activities, particularly in a college population, may be related to sociability. In a study, my colleagues and I looked at college students, many of whom were currently engaging in some or all six kinds of risky activities: smoking, drinking, drugs, sexual behavior, reckless driving and gambling. We attempted to answer two questions: Is there indeed such a thing as a generalized risk-taking tendency, as our earlier studies had suggested, and if so, what type of personality traits are associated with this tendency?
Our prediction was that many or all of the kinds of risky activities would be related to impulsive sensation-seeking. But we also looked at the role of neuroticism-anxiety, aggression-hostility, sociability and activity.
We measured these traits using the Zuckerman-Kuhlman Personality Questionnaire (ZKPQ), a five-factor personality test that I developed with my colleagues.
We also assessed smoking, drinking, drug use, sex, driving and gambling on separate risk-taking scales related to each particular kind of risky behavior. The driving-risk scale asked about typical driving speeds, response to traffic signals and following distances at high speeds, among other factors. To assess risky sexual behavior, we asked about the number of sexual partners and whether or not a condom is used, and if so, how consistently.
The first question we sought to answer was whether the six arenas of risk are interrelated, pointing to a concept of generalized risk-taking.
As it turned out, smoking, drinking, sex and drugs work in tandem with each other. Among both males and females, students who did one tended to do the others. (We know from other studies that they also listen to rock and roll.)
Reckless driving, however, was related to only one other arena of risk: drinking. Unfortunately, this connection is often deadly.
Among males, gambling was related to drinking and sex. But among women, it was not related to any other kinds of risk-taking.