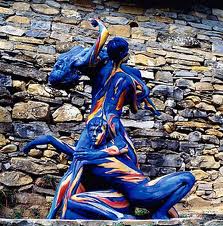 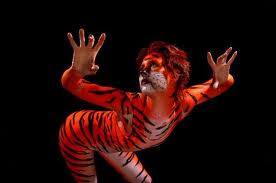 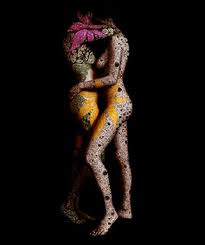 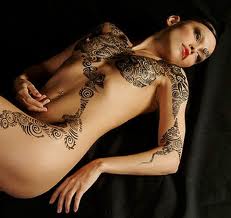 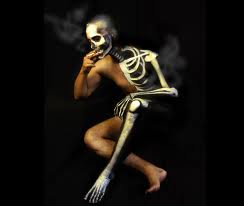 Body-marking, painting, tattooing, or scarification (cutting or burning) of the body for ritual, esthetic, medicinal, magic, or religious purposes. Evidence from prehistoric burials, rock carvings, and paintings indicates that body-marking existed in ancient times; ethnographic studies show that it is still practiced today. Markings may indicate religious dedication or alliance with a particular god; they may also serve as protection against some evil such as a disease, as identification with a certain group, such as the tribe, or as evidence of personal rank or status within the group.


Among examples of the widespread custom of painting the body are the red ocher found in prehistoric burial sites, the blue woad of the ancient Britons, kohl used in Asia to enhance the beauty of the eyes, the use of henna on the fingernails in the Middle East, and the war paint of some Native Americans. The tattoo is an extension of the practice. Scarification was used in ancient times as a property mark for slaves and more recently in Europe and elsewhere, until the latter part of the 19th cent., for the identification of criminals. Besides being employed for magical or ritual purposes, scarification has also been used for its supposed curative powers. The forms used in Africa include stretched lips and earlobes, filed teeth, and flattened skulls.